The Battle of Fromelles

This page shows some of the places that you would visit on a tour of Fromelles. 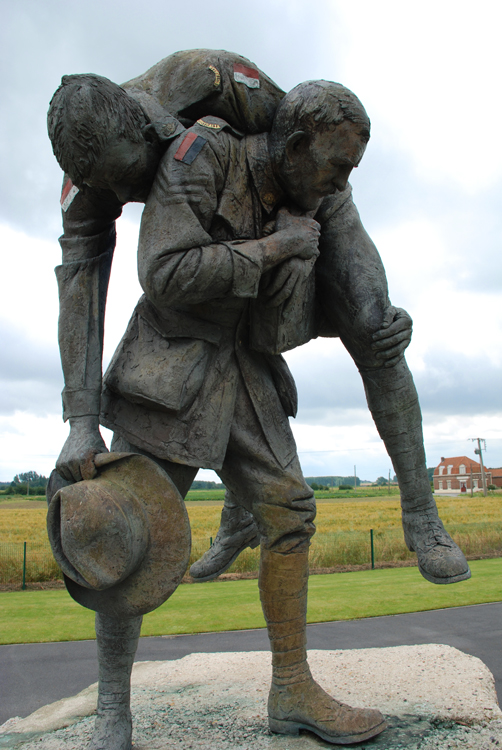 The Battle of Fromelles took place on 19th & 20th July 1916. The front lines were shockingly close here. It was the debut of the AIF on the Western Front. Of the 7,000 casualties, 5,500 were Australian.
A sculpture immortalises Sergeant Simon Fraser who rescued many wounded after the battle. It was inspired by this letter that he wrote home:

We found a fine haul of wounded and brought them in; but it was not where I heard this fellow calling, so I had another shot for it, and came across a splendid specimen of humanity trying to wriggle into a trench with a big wound in his thigh. He was about 14 stone weight, and I could not lift him on my back; but I managed to get him into an old trench, and told him to lie quiet while I got a stretcher. Then another man about 30 yards out sang out “Don’t forget me, cobber.” I went in and got four volunteers with stretchers, and we got both men in safely. 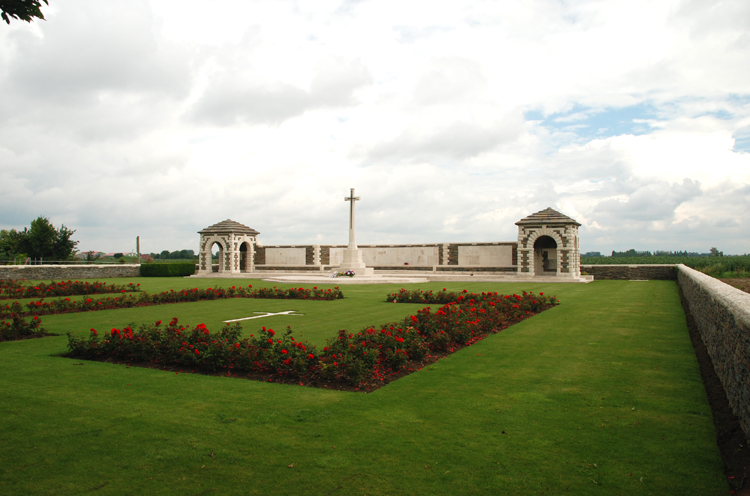 At the end of the battle mass graves were created by both sides. At VC Corner graves created by the British and Australians on the allied front line have been incorporated into a cemetery with a screen wall bearing the names of all the Commonwealth soldiers lost during the Battle of Fromelles who have no known grave. 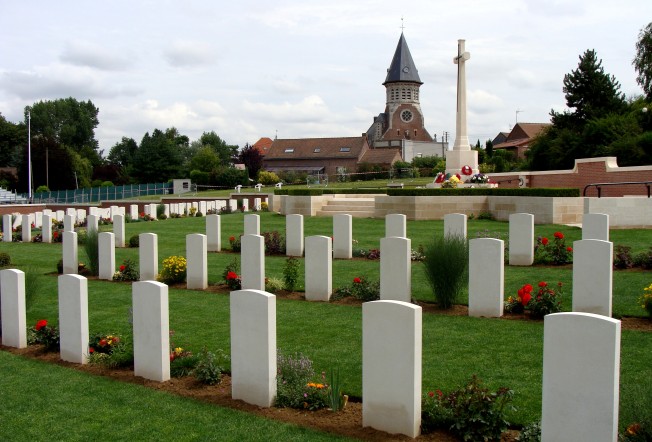 In recent years a mass grave of Australian and British troops, that had been created by the Germans at Pheasant Wood just after the battle, has been excavated. Where possible remains have been DNA tested, allowing for a great number to be identified. A new cemetery has been created by the Commonwealth War Graves Commission.

In 2014 a new museum opened at Fromelles alongside the new cemetery, dedicated to explaining the both battle and the excavation at Pheasant Wood. Many artefacts found during the excavation are to be found in the museum.